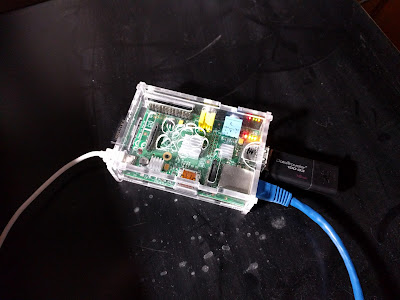 That's the quick and dirty install. I wrote this mostly from memory so there might be some things missing. The next steps would be to install the sync app on your phone and setup syncing. I've got it setup on a computer at home that's always on, plus the raspberry pi, and my phone. This way I should have the pictures in two places all the time and I'll probably add the location to my Crashplan backup.
Posted by Zack at 1:04 PM 1 comment: