We finally got a chance to visit Lindsay's Dad's Cabin at Emma Lake over the long weekend and look what I found in his shed. It is a 1/54 236. It should go nicely with my 237 empire, that is if I ever get it running. The 237 is in a lot worse shape. 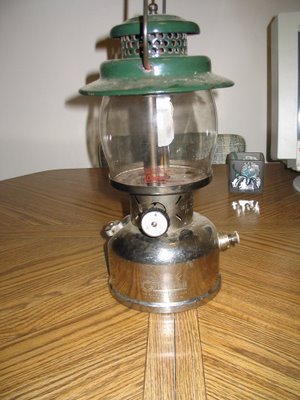 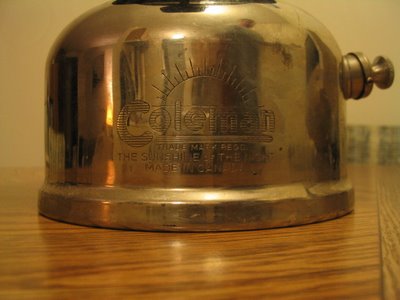 We were up there for her Grandpa's 70th birthday so it was kinda like a mini family reunion for them. It was a lot of fun. I drank too much and ate too much. Now the picture below has nothing to do with drinking but the drinking definitely helped keep the pain away afterwards.

Everyone knows I loved to ride ATV's and sometimes I do dumb things. The last one was getting Tim's quad stuck in the mud, that's a great story for another time. Now Melissa and I were out on the neighbors quad at Emma and the end of a trail was the golf course. Instead of turning around I just ran across the edge of the fairway and hopped on the cart track. I didn't cause and damage but that didn't stop some old woman from running and yelling after us. I though this was the only stupid thing I would do on this quad.... I was wrong. Lindsay and I were running through the ditch when we came across a large mud puddle and I tried to go around it. Well the side was pretty steep and we flopped the quad onto its side. Lindsay got a little muddy but she was ok, I on the other hand got my foot stuck under it. That is what this picture is of. Too bad the photo doesn't show the swelling. 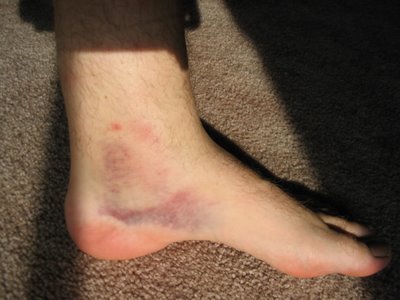 On top of that I've got a bruise farther up my leg as well as a lump on my ribs. Nothing is broken but it makes getting out of bed in the morning a stiff and painful experience. Was it stupid? Yes. Was it fun? Hell yes. We pushed the quad back over, fired it up and rode home waiting for some shit. Lindsay's dad laughed at us because we were covered in mud and stagnant water and even more importantly Frank didn't care. Frank is the owner of the quad. When I told him that we had it on its side he laughed and said that's what quads are for. I'm just happy that Lindsay came out of it ok. I hurt myself, well its my own stupid fault but I wouldn't forgive myself for hurting someone else. Remember children, don't do what Donny don't does.
Posted by Zack at 9:22 PM