Well I said I was going to show off my new lantern and I finally took some pictures of it. 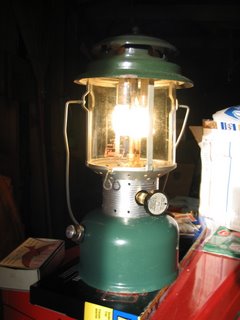 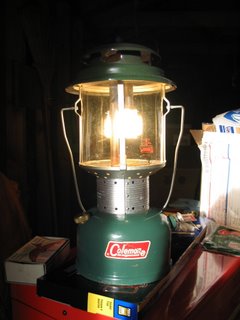 There are a couple of things wrong with it. It is missing some paint, but I think that is the lantern's character so i don't want to repaint it. The other problem is the valve is backwards. The valve wheel should be above the decal. 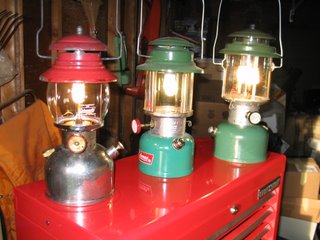 Here is the whole lantern family. On the left is a Canadian 200 from 4/52. It was pretty beat up when I got it. Mark's family had used it for 20 years on the farm or something and I have replaced pretty much everything on it except the vent and the fount(tank). In the center is a 335 from 11/73. It is all original. My grandpa had it and lit it once. I have the box for it and it is even using a mantle from the 70's. Its my favorite. On the right is the 220F pictured top.

I was talking about my car and putting the summer tires/wheels on it so I thought I would show off some pictures of it. It is a 1992 VW Jetta. 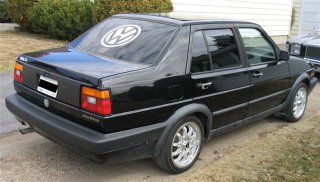 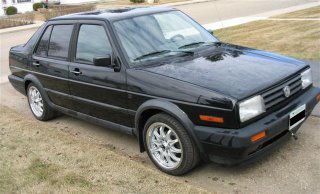